The Enforcement Directorate (ED) on April 18 said it has attached assets worth Rs 757.77 crore belonging to Amway India Enterprises Pvt Ltd, which is accused of running a “multi-level marketing (MLM) scam”.

The attached properties include land and factory building of Amway at Dindigul district in Tamil Nadu; plant and machinery vehicles, bank accounts and fixed deposits, the agency said in a statement.

“Immovable and movable properties worth Rs 411.83 crore and bank balances of Rs 345.94 crore from 36 different accounts belonging to Amway attached,” it added, noting that the seizures have been made under the Prevention of Money Laundering Act (PMLA).

According to ED, the prices of most of the Amway products are “exorbitant as compared to the alternative popular products of reputed manufacturers available in the open market”.

The agency claimed that the company, between FY2003 and FY2022, collected an amount of Rs 27,562 crore. Out of this, they paid a commission of Rs 7,588 crore to their affiliated members and distributors in the United States and India, it added.

“Without knowing the real facts, the common gullible public is induced to join as members of the company and purchase products at exorbitant prices and are thus losing their hard-earned money.

Amway’s modus operandi, the agency alleged, is about aggressively propagating how the general public could become richer by becoming its member. The products it offers are used to cover up this “MLM pyramid fraud” by showcasing the company as a direct selling brand, it said.

Food Under The Feet: A Shameful Incident Which Deserves a Strict Punishment

Weather Update For Next 5 Days 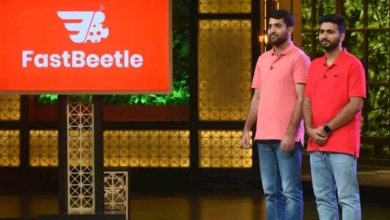