Shopian: The Department of Sociology and Department of Political Science, IM Government Degree College Shopian organized a One Day seminar on “Critical Thinking among students-Role of Social Sciences” on December 21, 2021 in the College Conference Hall.

Well known writer, journalist and producer EMMRC, University of Kashmir Mr. Aijaz ul Haque, and Academic and Researcher Dr. Saleem Jahangir, Sr. Assistant Professor Department of Sociology, University of Kashmir were among the guest speakers. A large number of students and staff of the college attended the Seminar.

Prof. Mushtaq Ahmad, Head Department of Political Science IM GDC Shopian and one of the Coordinators of the Seminar, conducted the proceedings of the seminar and presented bouquets to the guest speakers in the presence of the Principal.

Prof. Bashir A Dar, Principal of the college formally welcomed the guests and audience to the seminar. He urged the students to make most of the opportunity by paying attention to the transactions in the seminar.

Prof. Bashir Ahmad expressed hope that the students would learn from the experience and the expertise of the scholars and that they (the students) would leave the seminar with a lot of understanding of the topic.
In his Keynote Address, Prof. Shahnawaz Ahmad, Head Dept. of Sociology of IM GDC Shopian and Co-coordinator of the seminar spelled out the meaning of critical thinking in general and Critical Theory in Social Sciences in particular. He talked about the need for organizing a seminar on such an important topic and hoped that expertise and scholarship of the invited guests would come handy in understanding the nuances of the theme under focus.

This was followed by the much anticipated and thought provoking presentation by Mr. Aijaz ul Haque, who eloquently deliberated on the sub-theme “Critical Thinking_ What IT IS and what IT IS NOT?” In his intellectually stimulating presentation, Mr. Haque emphasized that critical thinking is not synonymous with lazy armchair criticism.

The very well received presentation from Aijaz ul Haque was followed by an interactive session where the audience raised some queries and the same were responded to by the speaker.

Next presentation was by Dr. Saleem Jahangir who dwelt on the theme “Critical Theory- understanding reality in the paradox of Coercion and Consent” in which the learned speaker drew from his personal experiences and readings of Frankfurt School Sociologists and the Socio-political atmosphere that prevailed when the latter propounded what is now widely called Critical theory.

Dr. Saleem Jahangir drawing on from various sources questioned the rationale of subscribing to and adopting a Universal (read Eurocentric) model for making sense of happenings in the cultures of the East. He highlighted some of the fallacies and myths of the ideologies and dogmas peddled as ‘Knowledge’ and insightfully laid bare some of the contradictions of the market driven and market oriented educational system that the contemporary academics are condemned to represent.

A brief question answer session followed the Dr. Saleem Jahangir’s presentation in which the college faculty and some of the students sought clarifications, made observations on a few issues from the speaker.
Towards the end of the seminar, a simple yet impressive function was held to felicitate the guest speakers in which mementoes were given away to the guest speakers and the organizers of the seminar.

The proceedings were wrapped up by Dr. Showkat Ahmad, Head Dept. of Geography and Geology with a vote of thanks to all in attendance.

IUST Signs MoU With IIT Ropar, Students To Get Direct Admission To Phd Programs At IIT 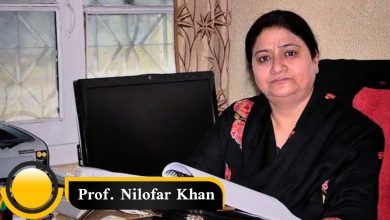 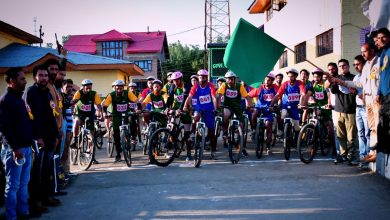 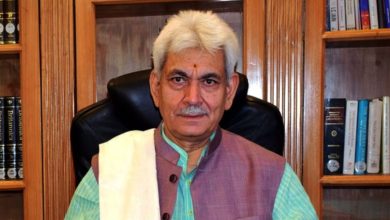 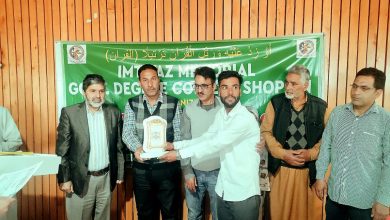