The Kashmir Radar: Mufti Ismail ibn Musa Menk, popularly known as Mufti Menk, who recently caused a stir on social media by traveling to Kashmir all the way from Zimbabwe to solemnize Nikkah of a politician’s son in Srinagar has clarified that he was unaware of the finer details of local politics and his main aim was to meet the Ulema of Kashmir.

In a statement, office of the renowned Islamic preacher with more than eight million followers on Twitter, said Mufti Menk flew for one and a half days at his own expense to Kashmir to meet Ulama and members of public who had previously emailed him on religious matters.

Here is the full text of the letter.

Mufti Menk is not Kashmiri. While we all stand for the rights of Kashmiris since we were born, we are not aware of the finer details of Kashmiri politics or even the names and details of current or past politicians and what they do or the reputation of each one.

Mufti Menk did not have a close relationship with any Kashmiris before his visit. He was simply asked while in Dubai if he would come over to officiate a Nikah . He immediately thought it would be a good opportunity to meet with Ulama and Muslims of Kashmir and get to know more about the conditions etc. He has visited many places in the same way. It is impossible to visit most places for Islamic lectures, due to local authorities etc, so a wedding ceremony is the next best thing in many cases.

He asked if the Nikah would be held in accordance with Islamic rules and it was confirmed.

He flew for one and a half days at his own expense to Kashmir and immediately met with Ulama and as many members of public who had previously emailed him on religious matters but based in Kashmir. This happened in an orderly fashion and people were very happy.

There was some murdering of teachers that happened the day the Mufti Menk arrived so he didn’t go out at all.

The next day too he met with some Ulama and members of public. In the evening he was taken to officiate the Nikah and didn’t spend much time there. He said a few words of advice and left immediately.

He spent a few hours that evening too with some Ulama who had come to see him.

Thereafter he left early morning. Just as he flew out, he was told that there are some negative comments about why he visited the wrong people in Kashmir.

For your information he met more than 350 ordinary Kashmiris approximately and he hardly knew anyone.

We still don’t know what the internal squabble is among the Muslims and definitely don’t know names of every politician and what he or she is accused of. Had he known in advance that Kashmiri Muslims are so divided within, he would never have visited.

With the type of comments, abuse and threats received, I doubt he would ever consider visiting Kashmir again.

May Allah Almighty have mercy on the Ummah and guide those who are astray.

There was no need to swear at our Mufti online and degrade him. People could have simply highlighted that our Mufti was totally unaware of who’s who in Kashmir and the reputation of each one, which is a fact.

Mufti Menk did not visit to divide the people or to solve any political matter or interfere or even comment. He simply wished to meet the Ulama and some members of the public to hear from them about their situation etc.

May Allah Almighty protect us from Kashmiri gatherings. You never know who might be sitting next to you and the whole of Kashmir will begin to swear at you.

And by the way, not a single penny was given to Mufti Menk. He doesn’t charge and doesn’t take money. He flies at his own expense. He has done the same with hundreds of poor families and he has sponsored many of their marriages.

That sums it up
Admin
Harare, Zimbabwe 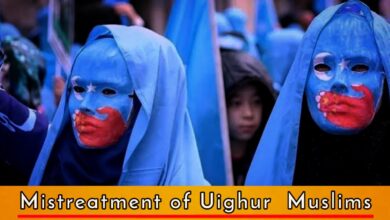 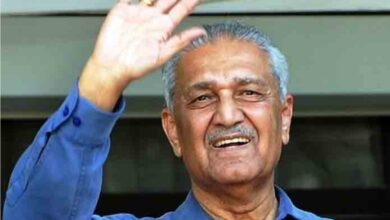 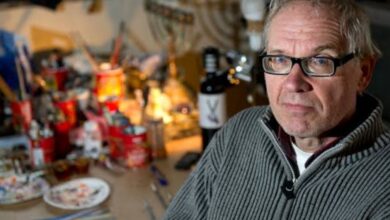