by News Desk
in Local
0

The health camp was organised in order to spread awareness among adolescent girls and boys. There were psychiatrists, counsellors, Asha workers and social activists in the camp who delivered lectures on bringing productive mindset in the adolescents.

Mohd Shafi, a counsellor in his lecture spread awareness on biological changes that occur in the adolescents in the age group of 10-24. 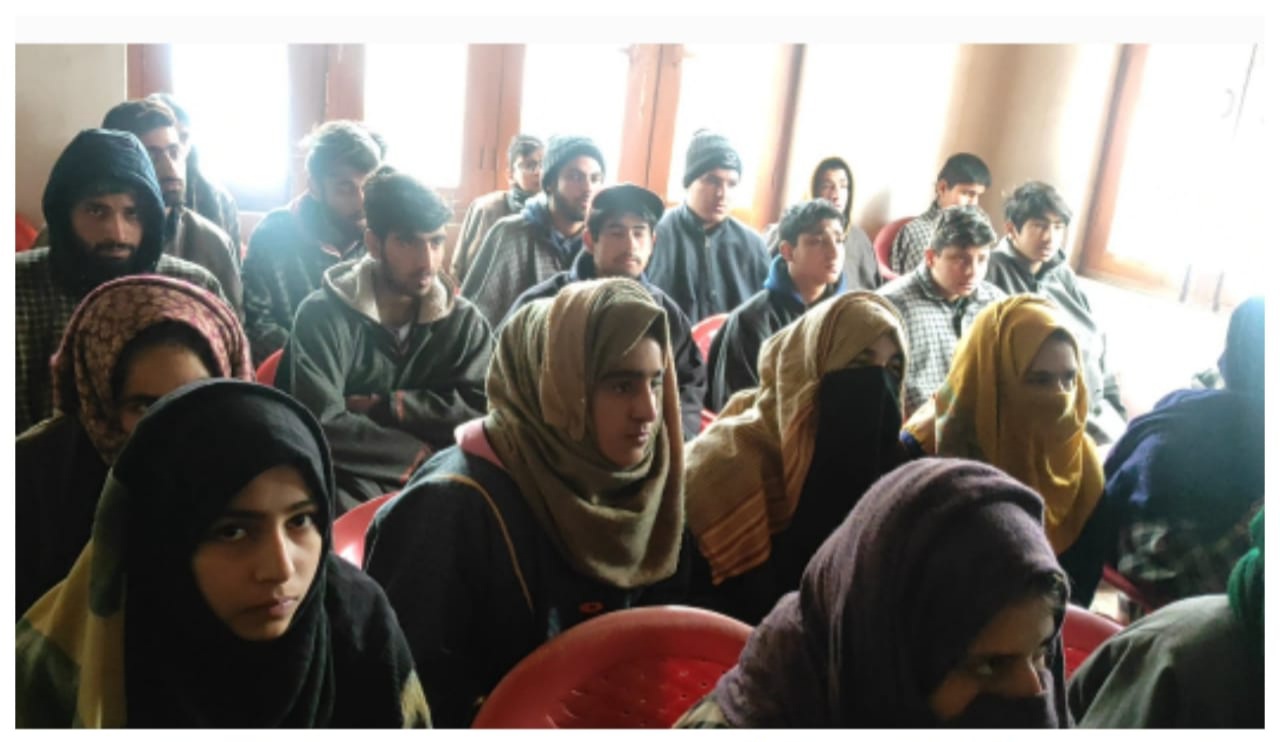 Hamid Rather, founder and director of Marham Foundation addressed the gathering on creating social capital and overcoming challenges.

Ruksana Murtaza, a female counselor spoke on the women issues that evoked positive responses from the gathering.

The camp was organised by Marham Foundation in collaboration with SDH pattan.

Hamid Rather has thanked BMO SDH Pattan, Dr. Mastoora Akhtar, young participants, counsellors and ASHA workers for making this event happen. He also said that we will organise such social camps everywhere in Pattan sub-division. “We work on younger people. We have started with social camps. We will learn from our young generation and make efforts to make their lives productive”, said Hamid.