Noted Islamic Scholar Mufti Menk is said to be in Srinagar to attend the marriage function of Feroz Peerzada, a kashmiri businessman.

Menk shared his picture while holding a cup of coffee with a location tag of Srinagar Kashmir which was shared his followers on various social media networking platforms.

Mufti Menk is said to be on a two days visit to attend the marriage function of a kashmiri business man’s daughter.

Mufti Menk is a Zimbabwean Islamic scholar and the head of the country’s Fatwa department. Menk has also been named one of The 500 Most Influential Muslims in the world by the Royal Aal al-Bayt Institute for Islamic Thought in Jordan in 2013, 2014 and 2017.

Some Pleasant And Obnoxious Activities At My Place, In the Evening 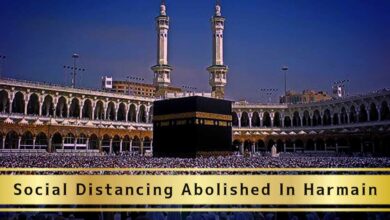 The Real Heroes: 22 Girls Memorize The Glorious Quran From Trehgam