Kashmir is heaven on earth”, and the truth is no word less than heaven can be used to define the beauty kashmir holds.

The traditional and cultural formalities are quite a sophisticated affair.
“The kashmiri wazwan” consists of a long list delicacies which have been an all time barrier to the people of Kashmir who aren’t financially well off.

The fact that emergence of late marriages in kashmir is due to the materialism and cultural diffusion which directly or indirectly affect the age of marriage. Dowry system and customs like wazwan, jewellery ,and other gifts take a heavy toll on both families.

These rituals and materialistic things in our society not only ruin poor people but also saddle middle class with a heavy burden.
In kashmir, nowadays the affluent section of society tends to increase the formalities by adding new gifts or assets to the theme in order to look a well off or a distinct family. But all these things have made marriage complicated and expensive for poor.

If the constant trend of extravagant weddings continues running into lakhs and crores, it will lead to a painful truth for the society of Kashmir, causing much struggles to the submerged and merged class of our community.

The financial constraints are because of the craze of eloborate weddings and began as wealth came into society. As earlier, people belonged to the same economic strata.
Nothing, but a sour truth in which the poor are made to feel insecure and the left overs in every means socially as well as mentally. 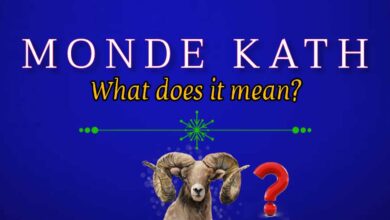 When A Son Turns Into A Monster, Those Eyes Are Bound To Shed Tears

‘MONDE KATH’: What does it originally mean?
15 hours ago