“I fed milk and bread to a starving and injured dog. The dog talked to me, it answered my questions.” are the heart touching lines of an elderly man from Srinagar whose story moved everyone on the internet.

A viral video of Muhammad Subhan narrating a story purportedly to his grandson who wittingly wanted to record the golden words of his grandfather has set internet on fire with people lauding the boy who recorded those precious words of a man believed to be more than a hundred years old.

“I was supposed to appear for a hearing in the court in Srinagar and on my way I found an injured female canine who was pregnant and starving at that time. I went up to dog and asked if it wanted some milk, and to my suprise, the dog replied in affirmative. I travelled a distance and fetched some milk and bread. When I came back, the desperate dog was waiting for me and I offered the bread and milk to it.” Said Subhan while narrating the story.

Subhan in the video is trying to send out a message to the people about how generosity pays in the long run.

“After I fed the dog, I again asked, if it wanted more milk and bread and the dog again said ‘yes’. I felt like I was talking to a human, the dog actually talked to me, understood me and listened to what I said while offering food. I left the spot with an intention to come back and offer some more food to the dog, as I had to appear in the court which was very important.” Said Subhan.

“After I entered into the court building I met the cleric there who informed me that the judge was on a leave. I requested the cleric to set a new date of hearing and while doing so I narrated the story of the dog I had just fed. The incident lit the face of the cleric who lauded me for this humane act.” Said Subhan in the video.

“I left the court in a hurry and went back with a hope to see the dog again whom I had promised to feed again, but the dog had left. I enquired from the street vendors and shopkeepers, but nobody had any clue. I cried and went home.” Said Subhan.

Subhan while trying to end the story said that he didn’t eat for two days, that he told his wife too about the incident and that he could do nothing for dog and had no idea about what the dog may have gone through.

“Meditate, be truthful, never lie and be generous so that God saves us from the calamities like COVID pandemic. I remember, how cholera wrecked havoc during our times, such a bad memory it is. I pray for the wellbeing of every human living on this planet and request everyone of you with folded hands, “be generous.” I lived a long life and I am sure that some good deed has come to my rescue.” are the touching words which Muhammad Subhan ended the story with. 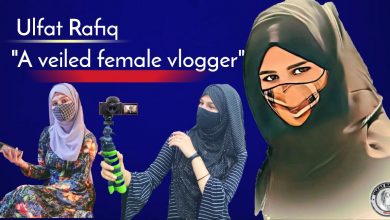 Ulfat Rafiq: A ‘Veiled Vlogger’ From Baramulla Is Breaking Gender Stereotype With a New Form of Vlogging 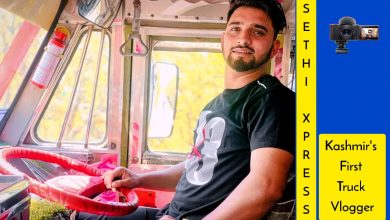 Sethi Xpress: People Are In Love With This Bara Chakka Drivers’ Vlogs 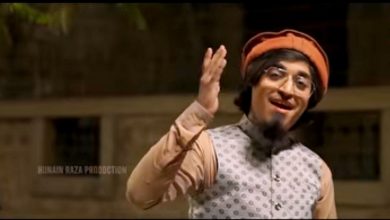 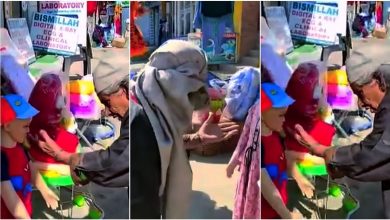 This Kashmiri Nani’s Conversation With Mannequins Will Melt Your Heart