Srinagar, April 25 (GNS): Rain and hailstorm lashed parts of Kashmir Valley on Monday even as weatherman forecast main hot and dry in Jammu and Kashmir on April 26 and 27.

“Mainly dry & hot weather most likely during 26-27th in J&K (significant rise in day temperature in Jammu region and mainly dry in Ladakh till ending April,” he said.

He said on Monday evening, thunderstorm along with massive hailstorm occurred at many places of North Kashmir whereas weather remained cloudy in Jammu and overcast with strong wind at scattered places of Ladakh.

Reports reaching to GNS said that the hailstorm started at 5.32 pm and lasted for about 8 minutes which resulted in heavy damage to apple, walnuts cherry and vegetable gardens at some villages including Puthwari Nowgam,  Reshwari , Yahama, Mawerbala, Lawoosa Qalamabad Audoora, Shatgund bala and Drangsoo.

“This year, we expected a good crop as our orchards seemed to be abundant with apples, but the hail storm dashed all our hopes,” locals said. They urged the government to help them as they had suffered huge losses for the past many years.

Earlier a MeT official said that Srinagar received traces of rain overnight till 0830 hours today even as it recorded a low of 12.2°C against 7.6°C on the previous night. The temperature, he said, was 3.3°C  above normal during this time of the year for the summer capital.

Kupwara town in north Kashmir received 1.2mm of rain and recorded a low of 10.9°C against 5.6°C on the previous night. The temperature was 3.3°C below normal for the district, the official told Global News Service.

Qazigund recorded a low of 9.6°C against 6.4°C on the previous night. The temperature was above normal by 2.1°C for the gateway town of Kashmir, he said.

Kokernag, also in south Kashmir, recorded a low of 9.7°C against 5.6°C on the previous night. It was 2.1°C above normal during this time of the season for the place, the official said.

Pahalgam, the famous resort in south Kashmir, recorded a minimum of 5.4°C against 1.0°C last night. The temperature was 5.4°C above normal for the place, he said. 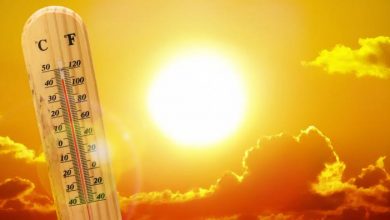 Except today, no forecast for ‘significant’ weather in next 4 days in J&K: MeT 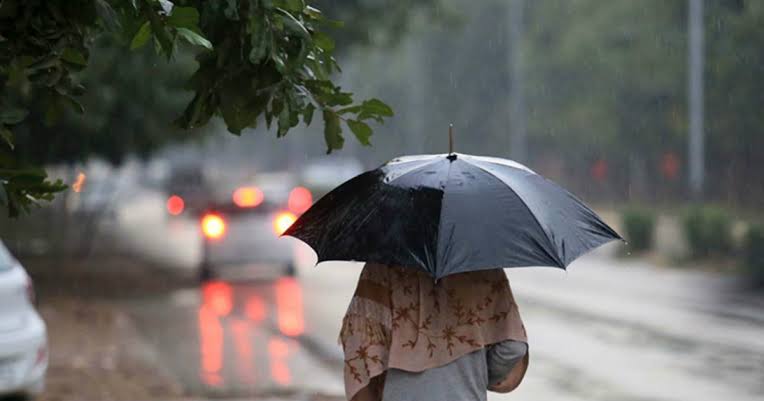 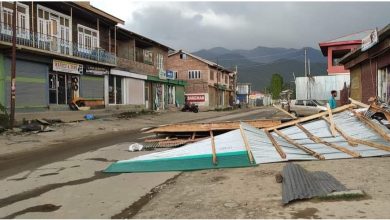 Check Also
Close
Featured Posts
Fact Check: Here Is The Truth Behind The Mysterious Butterfly of Pahalgam
42 mins ago